After they painted the city streets, “Only We Matter,” they sprayed painted over that with their campaign slogans. Then, after they repainted overtop each with their hateful slurs, and angry rebuttals, the city streets were emptied of people. By the time it was all over, the streets were no longer painted anything meaningful. The colors were blended, muted and meaningless. They were a slop of disjointed letters, unknown symbols calling out to the people to disconnect from each other. What remained were anger, fear and overwhelming emptiness. These were the hues of color left behind on the painted city streets.

The city’s businesses were then all boarded up. The particle board on the windows and doors mirrored the streets with spray paint written by desperate store owners, declaring “Don’t Break My Windows.” “This Is A Small Business.” “I Stand With You.” But still sprawled over those pleas in spray paint were “Only We Matter,” the campaign slogans, hateful slurs, and angry rebuttals.

Finally, after long last, it was over. The anger was splayed on walls, streets, boarded up properties, on street signs, light poles, and anywhere else the hate could be directed. The streets were empty of people now. No longer was there the early bustle of shop owners to open their stores. No longer were the groups of old men on street corners arguing the day away. The ladies who power-walk together, gossiping about what happened the evening before, all were gone. Children who road their bikes or played in the streets no longer ventured out. All were frightened back into their homes, into their own worlds, and afraid to be a part of the world outside anymore. Hope had been painted over. Desire had been painted over. Their world had been painted over.

“What was to come next?” People pondered, locked in their home. “We will stay inside until all is well.” So, they stayed, and they waited. Waited for what, they never really knew? How much longer could it be? How much worse must it get? Who or what will fix this. But no one understood what needed fixing. Fear was all they had, and all they could cling to. Hope was too elusive now. Fear, yes, that will keep us going. “Yes, fear,” said the city elders, “that will keep people in line, that will keep them off the streets, from hurting each other. Yes, fear is what we need to keep this city strong.” And so, fear lived among the city residents, and called this city home.

One day, a small group of people arrived. They were not from the city. They didn’t speak the language, they didn’t understand the campaign slogans and angry rebuttals. None of that mattered to them. They were new and different. No one, not even the city elders, knew what to do about this group. “Surely they stand for something?” Thought the elders, “They will do more damage, but what more damage can be done? We will let them do what they want, just like the others. We have to, it’s their right,” was the final word from the city elders. Fear had done it’s job well.

These strangers, three maybe four at most, had brought with them their own cans of paint. They did not ask the city elders for permission to paint, but here they were with brushes and rollers in hand, ready to work. Some looked like they had no idea of what they were about to do. But they did it anyway. Starting with the streets, one by one, these strangers set out to return the city to its original luster.

The old men who once sat on the street corners, slowly came out to watch. Some would comment here or there on the way the others painted. “Long firm strokes are best,” said one. “Here, let me show you how it’s done,” and just like that the older men joined the painting team. The gossiping women, who jogged the streets before, just fast enough so they could keep talking, these women poured onto the streets. “Oh, what is happening here?” They started to cluck. “What are you doing? Who sent you? Are you breaking the law?” No answers came their way, just silent constant painting. The women wanted to know, so they pressed on, “Why do you do this?” Finally one of the strangers handed them each a brush, and they too joined in the painting.

Now, the city elders appeared. “You mustn’t do this, you need a permit.” But they were ignored, as they were when this all started. So, they decided it would be good PR to paint with the others. Show their solidarity. To what, they still didn’t know. The strangers gave each city elder a brush, and the city elders joined in the task.

The graffiti was slowly replaced and renewed to blacktop. The kind you see when freshly laid down, with sparkled flecks when the sun hits it right. Soon, the street signs were cleaned up. Street names and symbols returned. Ladders were erected, higher and higher to get the spots that still remained. The children came out to play around and watch. Older children joined in, teens and young adults finally found something other than video games to bide their time. With each dip in the paint can, with each stroke of the brush, there was an unmistakeable feeling in the air, the feeling of hope.

The store fronts were next. Store owners came running out, ripping down the particle board, washing the windows and doors. The paint dried and the storefronts were cleaned and life began to breathe anew in the city.

The unmistakeable scent of fresh paint waifed through the air. This paint did not hold the stench of division and anger. It was the fragrance of renewal, flowering blossoms of jasmine and oranges. No, that was what it made you think of, when in fact it was simply the existence of hope. After it dried, children wanted to come out onto the streets. They road their bikes, they played basketball and skated in the streets. They jump roped and played hopscotch.
On thoroughfares and byways, on avenues and roads the children restored joy to the city streets.

A young man with a tattered shirt watching from a distance caught the eye of a painter, “Hey, aren’t you one of those protesters, one of those who started this?” A woman, brush in hand, ready for gossip approached the teen. The scared and shy young man stood there, eyes darting back and forth, unsure of what to say or do. One of the older men came by with a paint brush, “Here, this is yours. Get to it.” Now hope felt stronger than ever before. And, as each road was painted, each sign replaced, and as each doorstep was refreshed, there was something else mixing in the air. What is it? The collective feeling of accomplishment, of love. It was the true essence of the city.

No one really remembered why it all happened in the first place. An illness, a protest, a division of our city. Now, people remember that time of the protests and the quarantine. But they don’t remember why it happened. Maybe they never really understood. Maybe the fear that kept them inside all that time was too powerful for them to really understand the truth. The ladies gossiped about it on their walks. The old men hurumphed about it on the street corners. “Yeah, all that time ago. Strange times, very strange times.” The city elders even planned for when it may happen again. Of course, it will. It always does. They ordered extra supplies, they exacted more taxes in preparation. But the city elders didn’t know how or what to prepare for, so they set their plans aside.

Over time, the fear was forgotten. The city moved on. New city elders were voted in, different women gossiped and the old men passed on. Yet, somewhere in the basements and backrooms of those stores, in the attics and garages, behind the children’s bikes, remains those dried out cans of paint. The paint was given to the city by strangers who came and went without another thought. The paint still sits there today, ready to restore the city when needed again. 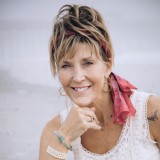 I have a strong desire to share a message that I wish someone would have shared with me when I was a child. You have an energy of light inside of you that is often referred to as a soul/spirit or higher self. It is an important aspect of your physical, mental and emotional existence on this earth. This light inside of you is your personal power and can lift you out of the darkest places and help others remember their light.

This is a 6 Week Class consisting of 90 minute recorded call in sessions on Tuesdays from 7-8:30 PM. The class will begin September 1 and end October 6. The law of attraction determines that we manifest the thoughts and feelings that we dwell on the most. We are always encouraged to strengthen our brains and physical bodies; however, little attention is given to our spiritual muscles. Spiritual master teachers, angels, and our soul knows what is needed to manifest a life filled with love, abundance, joy, health, and success. Taking time to focus on our spiritual muscles is necessary for the empowerment of our souls, as is the decreased focus on our egos. The ego causes us to concentrate on fear, lack, doubt, separation, and worry; this can leave us feeling depleted, confused, unworthy, unloveable, and powerless. Certain low-energy feelings such as these can result in physical and emotional deterioration. Wouldn’t it be nice to strengthen your spiritual muscle, to connect with your spiritual team and higher self, and remember who you are as a powerful being? This is a 90-minute course, taking place once a week for a total of six weeks. The course consists of a combination[...]
Sep
3
Thu
all-day Master the Art of Receiving Guid... @ Online
Master the Art of Receiving Guid... @ Online
Sep 3 – Oct 6 all-day

Less than 20% of the population knows how to ask for and receive angelic guidance, support and healing energy. Did you know that anyone, at any time, can receive help from angels? Every person on Earth has an angelic support team standing by, waiting to assist him or her with personal, physical, emotional, professional, and spiritual needs. Angels serve as your personal strategic planning team, which can help you move along your journey with ease and grace. Have you ever wondered what it would be like to get to know and work with your angelic support team? I have found that most people feel unworthy of angelic connection, of they are unsure of how to achieve it. In each of my six-week classes, Archangel Raphael works with me through channeled sessions to deliver unique lessons tailored to the energy of the groups that sign up. Archangel Raphael and I have found anyone can connect with their angelic team in order to move through pain, find love, discover a healthier lifestyle, and make confident decisions regarding their life. We will guide you to help you connect to the angels with confidence. In this six-week online workshop, you will learn to: Connect[...]
View Calendar
Add
© Dr. Wendy Perrell 2014 – 2020 - All Rights Reserved | Powered by ADVYON